Whatever your real estate needs, please contact us - we would love to help!

Happy New Year! January is the perfect time to sit back, start afresh and re-evaluate your investment goals.

Over the last few years, we’ve all been challenged by a lack of attractive investment options as returns have followed interest rates down. (OK, perhaps we’ve been a little bit spoiled by the glory days of high interest rates.) Now, though, the game has changed. The US is well and truly into its second decade of quantitative easing. Here at home, the ASX is edging into vulnerable territory—and you only need to look at bank shares to realise that the definition of blue chip is changing. Term deposit cash rates are laughable. And the return from residential real estate, even with all its attendant hassles, is around 2 or 3%. So what options are available for investors seeking to secure their income?

For those of us who prefer investments of the non-digital, non-fake, bricks-and-mortar variety—commercial real estate is still the answer. In Melbourne and Sydney, though, returns have fallen to around 5 or 6%.

For a brighter investment outlook, it might be time to head north.

The Queensland economy: beautiful one day…

The Queensland government is expected to shortly announce an economic growth rate of 3%—this compares with our national economy ticking along at an uninspiring 1.4%. The part of this I find really exciting is the export figures: Queensland exports rose at a stunning 9% per annum up until October 2019. Its biggest customer by far is China, so it seems likely that these kinds of figures will be continuing for quite a while.

There’s also strong internal demand: overall, the Queensland population growth was consistent with the national average at 1.7% but the state’s south-east grew at 3.5% pa, virtually double the national average. People are flocking to suburbs like Pimpana, halfway between the Gold Coast and Brisbane, which recorded one of the largest increases in population in Australia, with close to 30% increase. This south-eastern corner has around 3.5 million people, which is about 15% of our national population—this isn’t that far below Sydney or Melbourne, which each come in at around 20%.

In other words Queensland, and in particular, the south-east of the state, is humming along nicely.

If you build it, they will come

In response to all this growth, the state government is making some pretty big decisions. There’s a raft of large private and public construction projects well underway.

Here is a summary of the major projects:

If you’d like to read further about Queensland’s economic outlook, here are some interesting links: 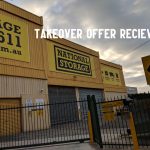 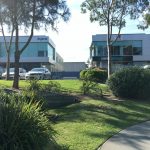 Are you squeezing enough from your highway fronting property?